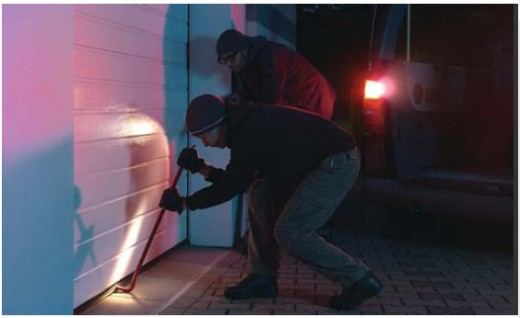 I was on my way to bed the other night when I noticed some people stealing things from my garage.
I called the police but they told me there was nobody in the area who could help but that they would send someone as soon as possible.
I hung up.
A minute later I rang again.
“Hello,” I said. “I called you a minute ago because there were some people stealing things from my garage. You don’t have to hurry now because I’ve shot them all.”
Within minutes half a dozen police cars came screeching into the area and there were three helicopters flying overhead.
They caught the thieves red-handed.
One of the police officers turned to me and said, “I thought you told us that you’d shot them all.”
I looked at him and replied, “I thought you told me there was no one available.”

2 thoughts on “Thieves in the night”